Is The Pokemon GO Tour: Kanto Ticket Worth Paying For?

Home » Is The Pokemon GO Tour: Kanto Ticket Worth Paying For?

The following is what you need to know about the Pokemon GO Tour: Kanto Ticket and what it has to offer as compared to not buying it.

The 150 non-mythical Pokemon of the Kanto region (generation 1) will be available to people that buy the ticket. Every one of them will also have a shiny variant so you have a chance of getting gen 1 shinies if you want to add them to your collection. There will be nine new shiny Pokemon including:

A Shiny Ditto is very rare as you need to catch a Shiny Pokemon in order to it to be a Shiny Ditto. We are not sure how this is going to be implemented in the game. It could be found in the wild or it could be a reward for completing a certain questline.

The shiny variants of these Pokemon will also be available to trainers. This will be a good chance to complete your Pokedex if you do not have the luxury of traveling around the world to catch these regional Pokemon.

Players will have the chance to catch rare and un-common Pokemon such as:

What If You Do Not Buy The Ticket?

If you do not get the ticket then some Kanto region Pokemon will spawn in the wild and legendary raids will include Pokemon such as:

Even if you do not have the ticket, you will be able to take part in the event-exclusive timed research. The trading range will be increased to 40km. All trainers will be able to evolve the Kanto region start Pokemon and get the community day exclusive moveset mentioned as follows:

Looking at the pricing of $11.99 for 9 hours can be a bit high for some people keeping in mind that the Go Fest ticket was much cheaper per day as the event was 2 days long. If you are a pay to win player and are interested in getting all the shiny Pokemon then this might be a purchase worth making. But if you are a casual player that does not care about the shiny Pokemon or getting them all then the Pokemon GO Kanto Ticket might not be a feasible purchase for you. 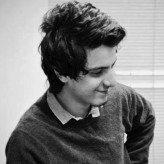