According to PC players, they are experiencing the “Dev Error 6068 – DirectX encountered an unrecoverable error” while trying to play Modern Warfare. The fix for this error is simple, just make the following changes.

In case you don’t want to mess with the GPU clock, then try limiting the game’s FPS. If you are playing at an unlocked FPS, then cap Modern Warfare at 60 FPS. In case you are playing at 60 FPS, then cap the game at 30 FPS. Open Nvidia Control panel > Manage 3D Settings > Program Settings > select Modern Warfare. Turn on Max FPS Limit and set it to 30. This will cap the game at 30 FPS and will fix the Dev Error 6068. 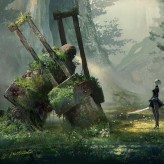 How To Fix Call of Duty Modern Warfare 100% CPU Usage

Is The Pokemon GO Tour: Kanto Ticket Worth Paying For?